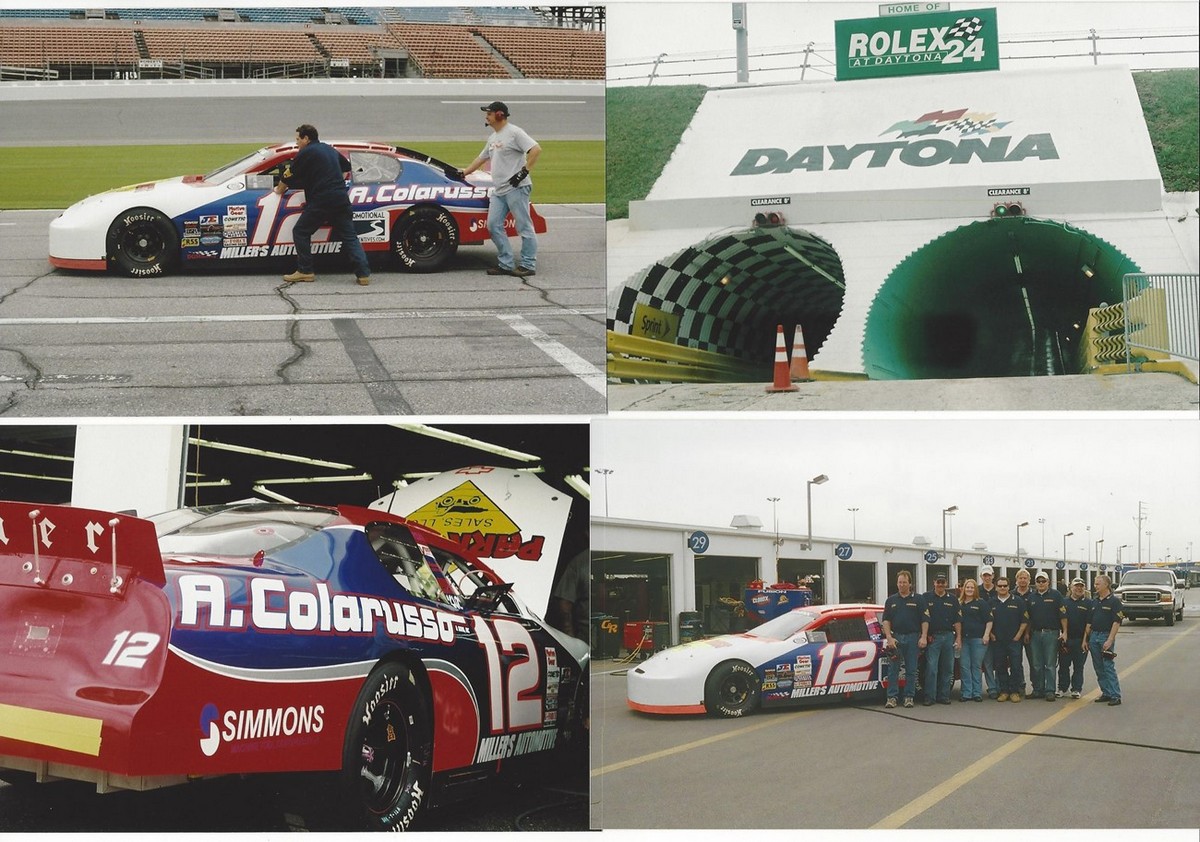 From attending the Daytona 500 in 1990, to tickets on the start-finish line at Charlotte Motor Speedway, Jack and I have been fans of auto racing. After ten years in business, we were excited to go full speed into sponsoring and outfitting a race team at Lebanon Valley Speedway in West Lebanon, New York.

Promotional Incentives provided apparel for members of the race team, which featured easy-care, stain-resistant (have you ever tried to get grease out of a shirt?) button-down shirts, durable sweatshirts, and caps embroidered with multiple logos. According to DP Racing’s owner Dan Perna, “They were perfect crew shirts. The quality of the stitching was incredible, and they lasted. From year to year, we coordinated thread colors with garments to match the car wrap to give our team a professional look that helped us stand out from competitors.” 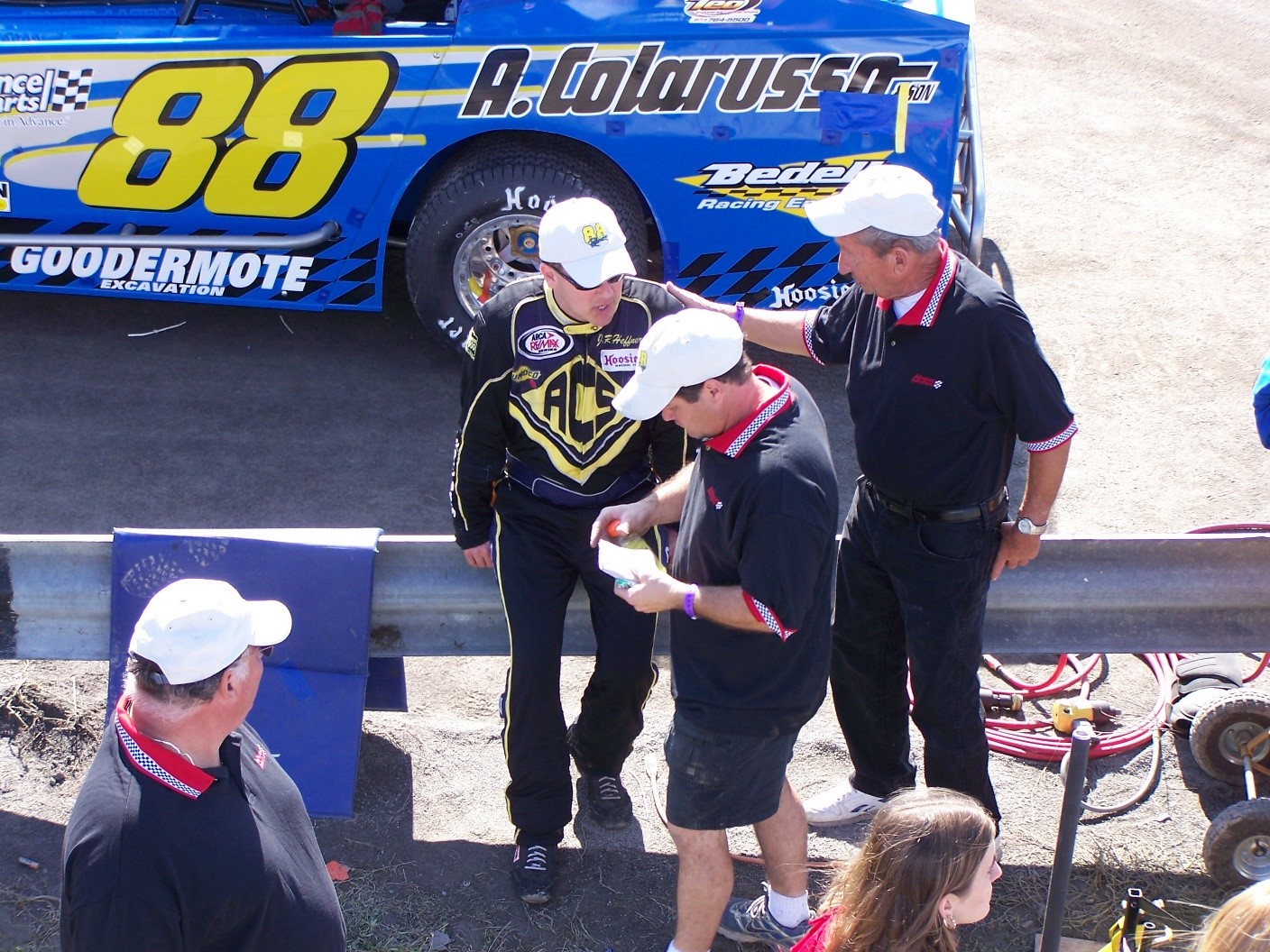 The Promotional Incentives logo, along with many others a la NASCAR style, was prominently displayed on DIRT Series #88 and #12 race cars owned by DP Motorsports.  The talented drivers were Ron Dwyer and J.R. Heffner. 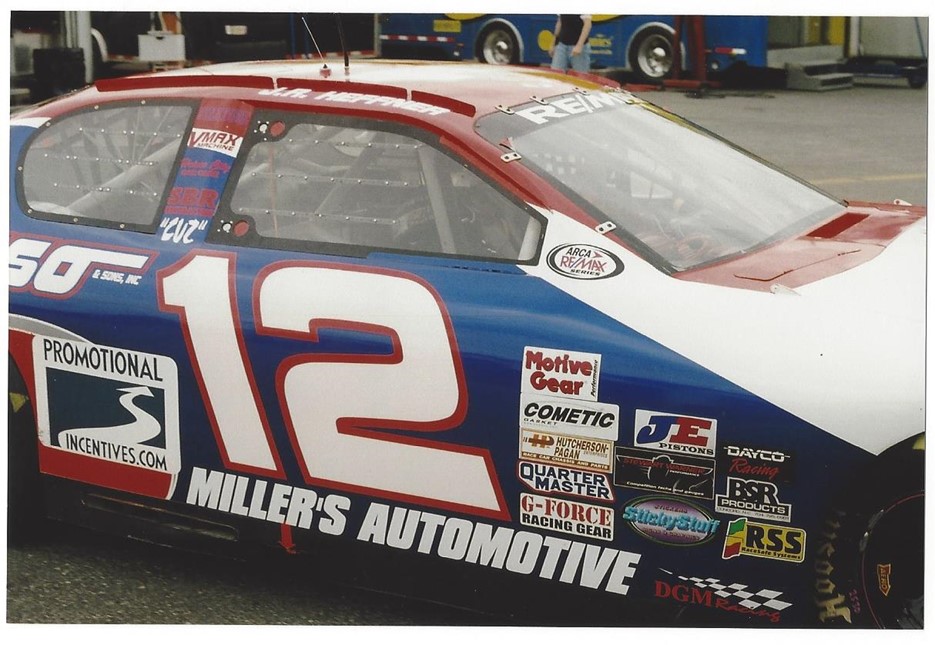 In addition to providing support behind the scenes, Jack and I followed the team attending several races in New York and Florida.  One occasion was particularly adventurous when we camped in a hauler in Volusia County Speedway (known for the “World’s fastest half mile”), in north Florida.

During “Super Dirt Week” 2007, the team finished on top in a very competitive race at Syracuse.

Reflecting on how we helped with his team branding, Perna said, “Remember, this was before the internet and social media dominance. We counted on Promotional Incentives to help us design a look, a brand that was consistent throughout all our wearables. Years later, the shirts in my closet still look new!” 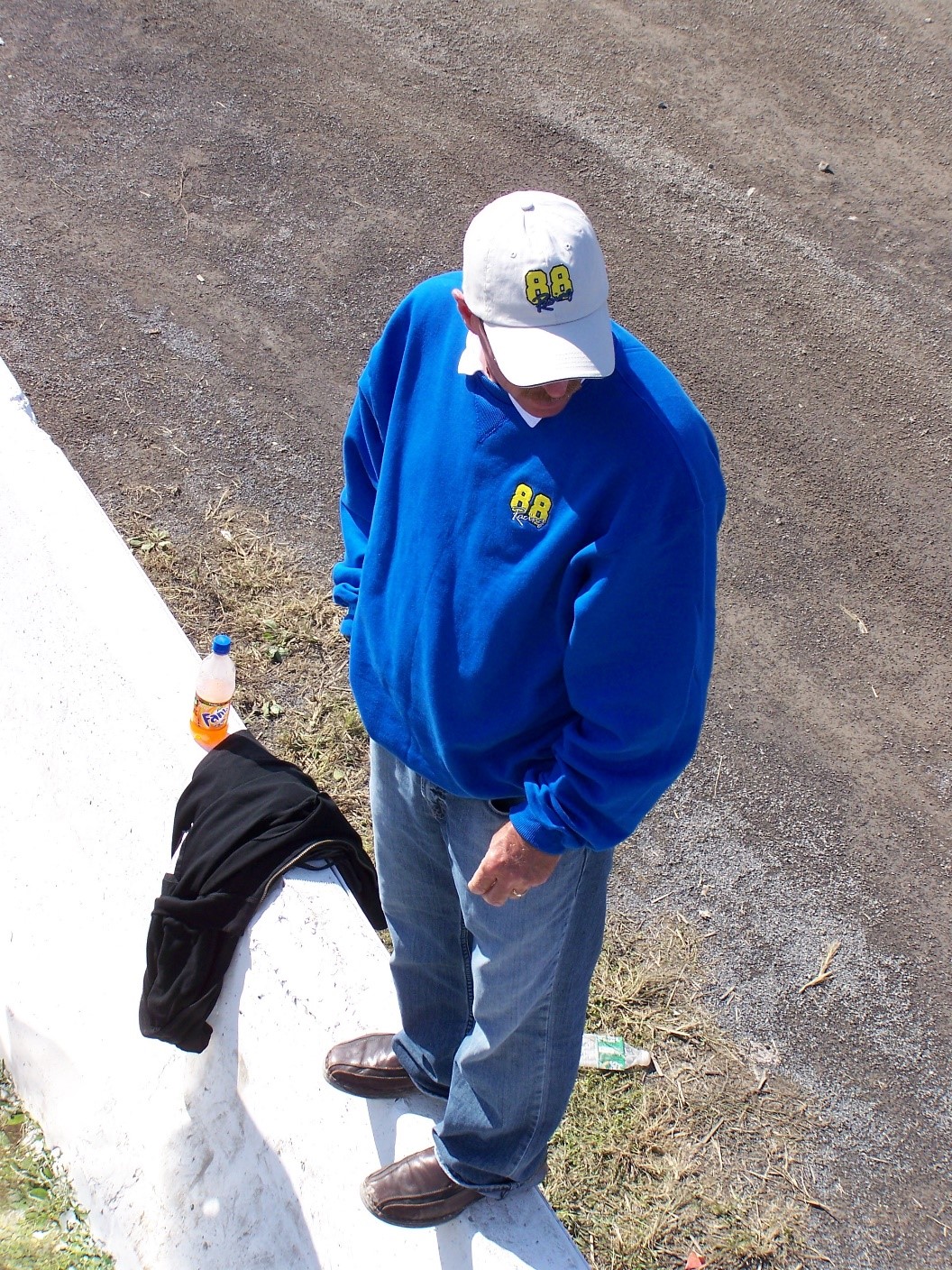 Looking for inspiration?  Contact me, PromoLucy, for ideas on how to put your Promotion in Motion, 239.549.2555, lucy@promotionalincentives.com